If you are a muscle car enthusiast, the mention of the 1969 Mercury Cyclone Cobra Jet will definitely make you sit up. This is a machine whose history is closely intertwined with the stock and muscle car racing era of the 60s. The Cyclone Cobra Jet from Mercury was a replacement for the hitherto popular Comet and Cougar. This model was coming of age at a time when the government and NASCAR were tightening the noose on racing and more emphasis was on finesse and safety. The 1969 Mercury Cyclone Cobra Jet joined the popular Cyclone stable around June 1969 and if you are a car collector this is one of the most valuable possessions you can have on your driveway.

The 1969 Cyclone CJ was developed with a keen interest on NASCAR and about 500 models were to be built. However, there was also a street version to sate the hunger of muscle car enthusiasts who dominated the roads during the swinging 60s and later decades. The most popular offering from the CJ range was of course the Cyclone Spoiler II which was also designed to fit NASCAR's certification requirements while also satisfying the booming performance car market during the epoch. Some of the statistics from the machine tell an interesting tale; 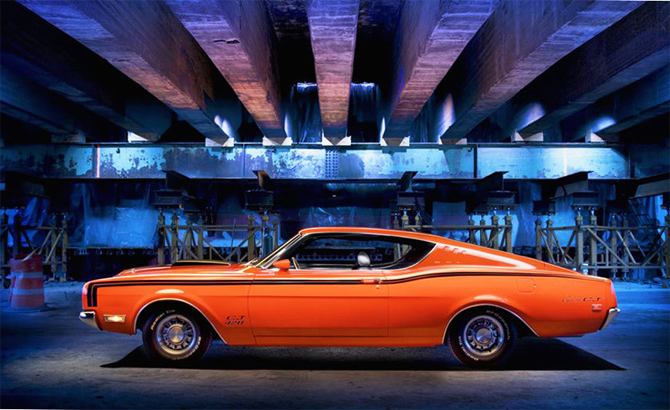 Why is this model still poplar with drivers?

The answer lies in the beautiful design and the secrets under the hood. Here is a sneak preview of this ride;Engine; the 1969 Mercury Cyclone Cobra Jet featured a Cobra Jet (CJ) big-block engine which was a performance version of the 428 cid FE. These engines were rated at the factory at 335 hp standard and were either Ram-air or non ram-air versions. Of these cyclones only 260 were powered by this powerful engine. Moreover, buyers had the option of manual or automatic transmission. However, only 14 were ordered with automatic transmission. The engine had a 735 cfm 4-barrel carburetor but you can still get many engine options in these models including a 429 cid with 360hp, 302 cid giving 202 hp among others.

Exterior Design; frankly speaking, every muscle car designer tries to make the most daring design and in the 1969 Mercury Cyclone Cobra Jet this is exactly what you get. There is the backed-out grille, stretched nose and dual exhausts to make every other driver intimidated by the thunder from under your car's hood. The fastback body chromed lined style returned in 1969 to make it even more stylish.Comfort level; this is not always a consideration for muscle cars but in the 1969 Mercury Cyclone Cobra Jet this is another story. The bucket seats will accommodate your weight comfortably and there is also plain bench seat interior.

The 1969 Cyclone's interior is also another factor that will whet your desire to get behind the wheel. For starters, the mercurial Cyclone emblem makes the car unique and enhances your driving experience. The front grill emblem also distinguishes this classic from any other ride and you will always make heads turn once you make your thundering stop at the lights. The front and side Cyclone decal adds the icing to the already juicy package and if you are able to get your favorite color, this car can easily become your baby.

With the availability of a competition handling package, the 1969 Mercury Cyclone Cobra Jet is sure to reinvigorate your enthusiasm for muscle cars. It simply blends the antique muscle power with functionality and it is no wonder you will get it at every car show or auction. In fact, it is not only a centre of interest to most show goers but also a fast moving car.

Having experienced a ride in the CJ, there is no denying that the thrill you get from handling the 428-4v CJ engine especially the leather trim option is exquisite. It is obvious that it will be some time before my obsession ends. Who does not crave the vibrating feel as you hold the spoke steering at a lights stop? So, a simple challenge to every performance car lover; if you go out there and try out the 1969 Mercury Cyclone Cobra Jet without getting any thrill, then simply walk away because what is under the hood must be something else but not the original engine. However, if you enjoy your test drive, why not share your experience; after all you will be bubbling with excitement and itching to tell. 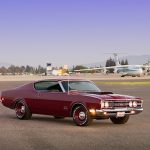 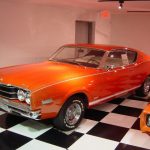 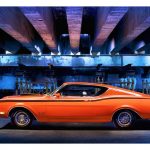 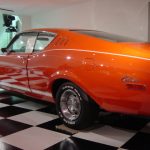 Get the latest on classics & muscle cars for sale, reviews and photo galleries

You have Successfully subscribed. Please check your email to confirm your subscription.

Your e-mail address will NEVER be shared with third parties.